President Donald Trump and Democratic presidential candidate and former US Vice President Joe Biden are seen during the final presidential debate displayed on a screen of a smartphone. Pavlo Conchar/SOPA Images/LightRocket via Getty Images

The Department of Justice just sued Google for alleged monopolistic practices. Both the Senate and House of Representatives have reamed out top tech CEOs in multiple hearings this year. President Trump has personal animus with Amazon CEO Jeff Bezos. And misinformation is rife across social media outlets, shaping American politics.

After years of cordial but largely distant relations between Washington, DC and the tech industry, controversial business tactics, accusations of bias, and activism during the Black Lives Matter movement have put giants of Silicon Valley have become front and center in American politics. That profits have soared while the rest of the American economy has struggled throughout the COVID-19 recession has only created more tension. It’s also allowed the big tech companies and their executives to spend a whole lot of money on Tuesday’s elections.

Below, we dive into the big donations from these companies, their employees and their CEOs, which have soared past $50 million this election cycle.

Google’s parent company Alphabet is one of the largest corporate donors during the 2020 election cycle. The company’s employees and PACs have contributed a total of $21 million to presidential and congressional candidates since 2019.

Nearly 80 percent of the funds went to Democrats, while just 7 percent went to Republicans.

Among individual donors, Alphabet and Google CEO Sundar Pichai contributed a total of $10,000 through six donations to Google’s PAC. And Google cofounder Larry Page made a $5,000 one-time donation in late 2019.

Also a major donor in the 2020 election season, Microsoft’s PACs and employees shelled out a total $17 million to presidential and congressional candidates through individual and PAC donations.

The e-commerce giant contributed $8.9 million through individual and PAC donors to federal candidates.

While Democrats received the majority of the money, Amazon has one of the highest Republican funding rates among “Big Tech” donors, contributing $922,000, or 14 percent of total funds, to federal Republican candidates.

Amazon’s PAC contributed just over $1 million to the total spending, including a $5,000 donation from CEO Jeff Bezos. In 2018, Bezos made his first big political donation: $10 million to the With Honor Fund, a bipartisan group that works to elect military veterans.

The Joe Biden campaign alone received $1.3 million from the social media giant, followed by Bernie Sanders, who received $249,000. The DNC received approximately $347,000, while the RNC, the top Republican beneficiary, also got $216,000.

CEO Mark Zuckerberg doesn’t appear to have spent any money on direct political donations, other than to the Facebook PAC, but he and his wife, Priscilla Chan, have given $400 million to local governments in order to foot the bill for election-related costs.

Apple doesn’t have its own PAC. But the company’s employees and their family members contributed a total of $5.7 million in the 2020 election cycle. Nearly 80 percent of the money went to Democrats. And a paltry 4.3 percent went to Republicans.

About a quarter of the funds ($1.4 million) went to Joe Biden. Bernie Sanders and the DNC trail as the second and third largest beneficiaries, receiving $389,000 and $295,000 respectively.

Like Apple, Netflix also doesn’t have a PAC. Yet, its employees and their family members contributed a total of $5.42 million during the 2020 election cycle.

Co-CEO Reed Hastings has been a huge Democratic Party booster this cycle. In September, he donated $1 million to Senate Majority PAC, the party’s main US Senate fundraising vehicle, along with another $1 million in June. Hastings has also been very supportive of VoteVets, a PAC supporting military veterans running for office as Democrats, to the tune of $180,000 donated, and was a big backer of Democratic presidential candidates Pete Buttigieg and John Hickenlooper when they ran for the nomination last winter.

Twitter employees and their family members contributed $689,000 in the 2020 election cycle, mostly to Democrat presidential candidates.

Aside from top recipient Joe Biden, who received $157,000, no other candidates received outsized donations. Elizabeth Warren and Bernie Sanders each received between $30,000 to $46,000.

The tech company’s PAC didn’t raise or contribute any money in the 2020 election cycle. 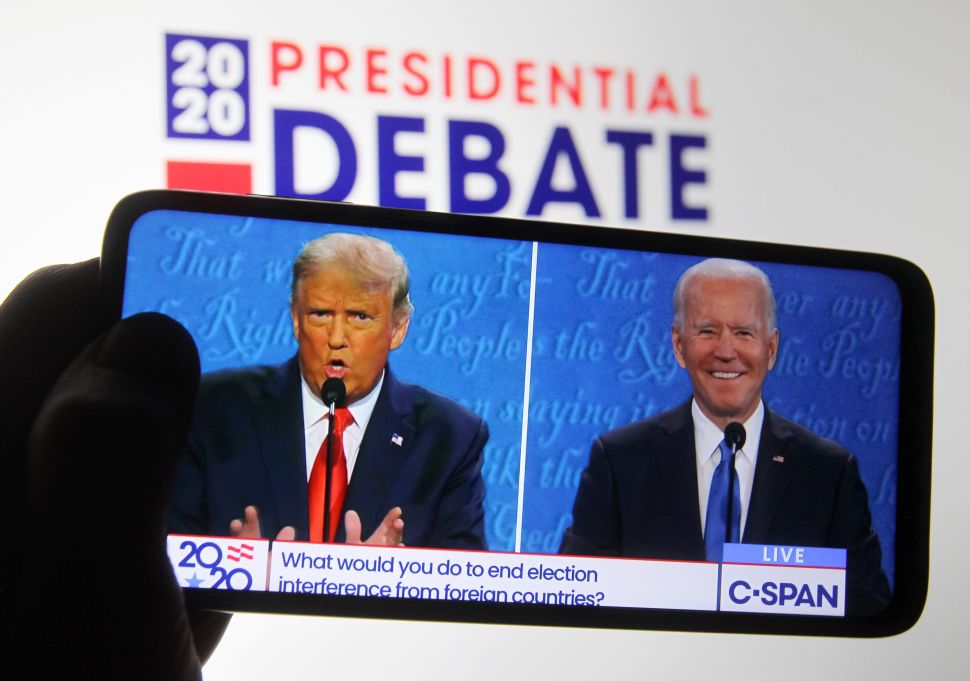